The History and Evolution of SAS Data Analytics: Then, Now and Later

SAS is one of the most popular tool for data analysis and statistical Modeling. It is one of the powerful software tool for data management, data collection, data extraction, data mining, data exploration, report writing, statistical analysis, business modeling, application development, and data warehousing, data integration, data visualization, building predictive models, etc. SAS is an asset in many job markets as it holds the largest market share in terms of jobs in the advanced analytics field.

SAS History & Evolution: In 1966, there was no SAS. But there was a need for a computerized statistics program to analyze vast amounts of agricultural data collected through the United States Department of Agriculture (USDA) grants. The development of such software was critically important to members of the University Statisticians Southern Experiment Stations, a consortium of eight land-grant universities that received most of their research funding from the USDA. The schools came together under a grant from the National Institutes of Health (NIH) to develop a general-purpose statistical software package to analyze all the agricultural data they were generating. The resulting program, the Statistical Analysis System, gave SAS. More than 300 people attended the first SAS users conference in 1976. With a growing customer base that already numbered close to 100 academic, government and corporate entities, it was evident that success as an independent operation was possible. Goodnight, Barr, Helwig and Sall left NCSU and formed SAS Institute Inc. – a private company "devoted to the maintenance and further development of SAS." They opened offices in a building at 2806 Hillsborough Street, across from the university. In 1976 computers filled rooms the size of small houses, and programs and data were stored on punch cards. Base SAS, consisting of about 300,000 lines of code, would produce about 150 boxes of cards - a stack more than 40 feet high. Laid end to end, the boxes of cards would stretch more than 180 feet. As the staff grew, so did the list of customers, and by 1978 there were 21 employees and 600 SAS customer sites. In the 1980’s SAS software also was enhanced from the basic data management and statistics approach that displayed results in a very text- and number-centric format. Now, SAS adopted a more user-friendly approach that mirrored the graphical user interfaces of the Macintosh and Windows environments.

SAS was re-designed in SAS 76 with an open architecture that sanctioned for compilers and procedures. The INPUT and INFILE statements were improved so they could read most data formats utilized by IBM mainframes. In 1979, SAS 82 integrated for support for the CMS operating system and introduced the DATASETS procedure. Three years later, SAS 82 introduced an early macro language and the APEND procedure. SAS version 4 was released in 1984 and had limited features, but it made SAS more accessible. SAS version 5 was released in 1986 and introduced a complete macro language, array subscripts and a full- screen interactive user interface called display manager. In the 1980s and 1990s, SAS relinquished several components to complement Base SAS. SAS/GRAPH, which produces graphics, was relinquished in 1980, as well as the SAS/ETS component, which supports econometric and time series analysis. A component intended for pharmaceutical users, SAS/PH-Clinical, was relinquished in the 1990s. SAS versions from 6.1 – 6.12 were released in the years from 1985 – 1996 and used throughout the 1990s and were available on a wider range of operating systems, including Macintosh, OS/2, Silicon Graphics, and Primos. SAS version 7 was released in 1988 with more output options and with UNIX, Windows and z/OS and Linux supported operating systems. SAS version 8 and SAS EM (Enterprise Miner) were released in 1999. SAS version 9 was released in 2004 which was dubbed as “Project Mercury” and was designed to make SAS accessible to a broader range of business users. SAS versions 9.2 & 9.3 (free versions) was introduced for students in 2010 & 2011. SAS has introduced Free University Edition in 2014, which can be downloaded by anyone for non- commercial use. 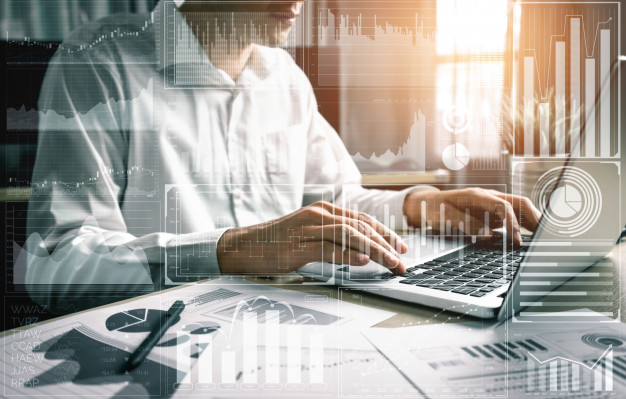 SAS is the leader in the field of Analytics and the largest independent vendor in the BI (Business Intelligence) market. SAS provides software to 96 of the top 100 companies on the Global Fortune 500. In SAS software we can work on millions of different data to gain business insights. SAS has the capability to process the large sum of data at the same time. The SAS is widely used in most of the sectors to enhance the business decisions. SAS is preferred by all MNC’s due to its tendency to work with the pool of data. When it comes to handling records of millions of customers data, SAS is the best option available in this data-driven market due to its versatility. In India, around 2 lakh Data Analytics jobs are supposed to create in 2020. This is a large call- out for all data aspirants across pan India. And the good thing about the SAS is, anyone can learn this most in-demanding tool. It doesn’t require any strong technical skills; any background person can learn this tool. Upskill yourself, meet the MNC’s demand and grab the best jobs of the century.