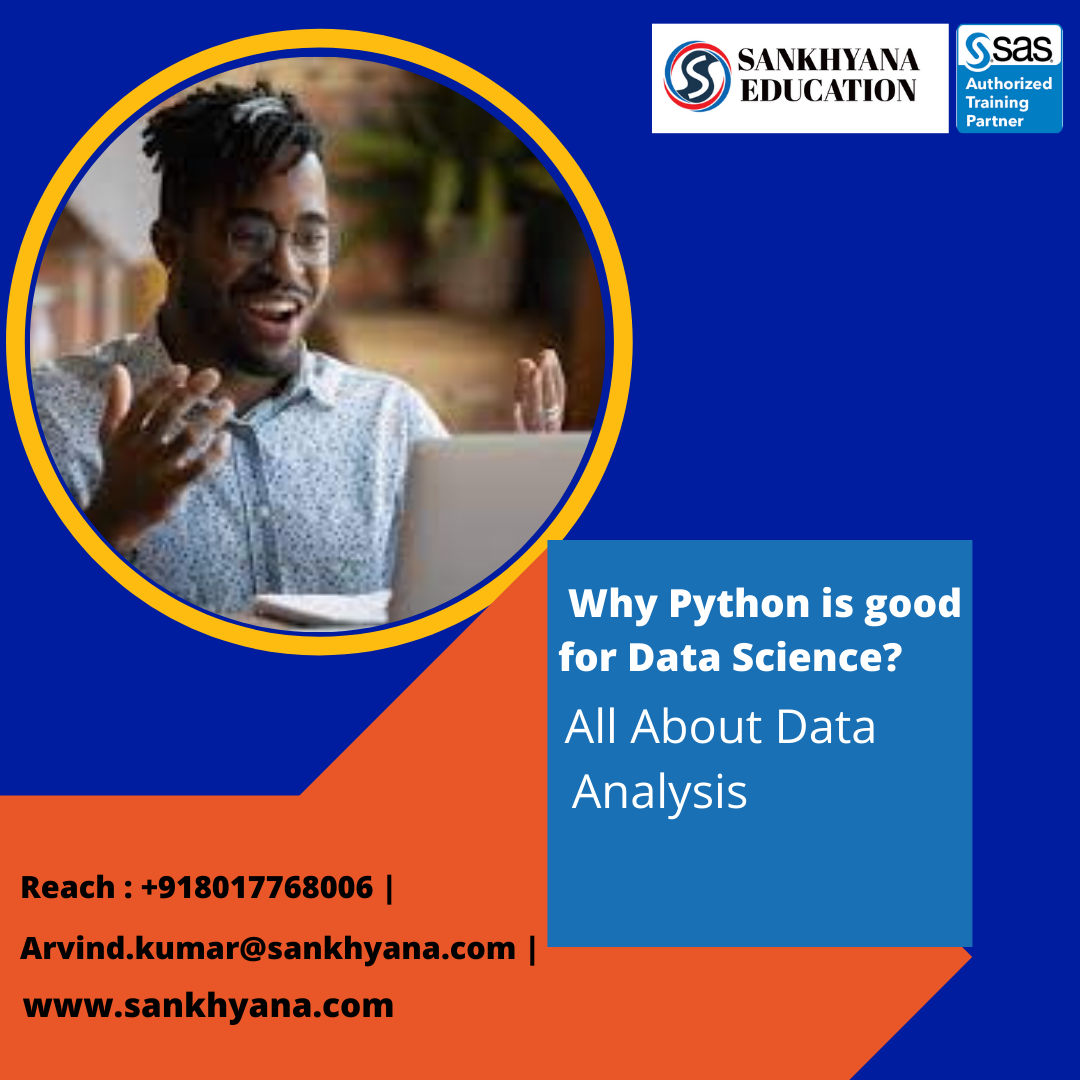 Why Python is good for Data Science?

Data analysis is the methodology of gathering data and processing it in order to get useful insights. Data Analyst is all about the utilization of the major techniques related to data visualization and manipulation. The techniques are used to expose even the most valuable insights. All these insights allow the companies to formulate better strategies and make even better decisions.

Diving into the world of data sciences

Python is one of the top languages. It is used primarily for performing data analysis. One of the main factors why it is used for the analysis of data is because of the superb Python ecosystem. There are tons of data-centric Python packages which make the process of data analysis a lot quick and convenient. Also, as Python is one of the streamlined languages, and, at the same time, it is being evolved regularly, hence, Python is preferred more than many other languages for data sciences.

Why Python for Data Analysis?

Python is an object-oriented, high-level, and extremely interpreted programming language. Also, it is known for dynamic semantics. Python is known worldwide for its immense capabilities of Rapid Application Development, especially because of dynamic binding and typing. Python is also used extensively for scripting, and it is even used as a glue language to link the present existing components together. Also, Python is quite versatile, and thus the popularity of the programming language is growing day by day. Python jibes pretty well with data analysis as well, and therefore, it is touted as one of the most preferred languages for data science.

Python is also known as a general-purpose programming language. Though, it emphasizes a lot being readable. With the help of Python, the engineers are able to use fewer lines of code to complete the tasks. Python is pretty quick, and there are many libraries that make Python more preferred as well, like Matplotlib. And, many libraries are used for scientific computing as well. Hence, the four major reasons that make Python a perfect language for data science include, the fact that it is an open-source programming language. Apart from this, the features like Python are high on speed, and there is a lot of support available for Python are a few of the other reasons that make Python a favorite for many. In fact, people involved with data analysis also get a scope to try many different things.

As Python is one of the most flexible programming languages, hence, it is loved by the data sciences. Also, people who want to enter the world of data sciences prefer Python over plenty of other programming languages. So, if the programmers want to try something interesting and unique, they can do it with Python. The programmers can even script applications and websites, on their and in creative ways if they want to. Python is also one of the easiest languages to master. The language is quite simple, and highly readable as well. People who want to build a career in the field of data science or data analysis prefer Python more than anything. The python programmers won’t have to spend a lot of time on learning.

Most Viewed
9183 Who Can Take-up Clinical SAS Program?
4868 Clinical SAS Interview Questions: Top 15 Questions & Answers for Freshers & Experienced
3311 What is CDISC and What it means for SAS Programmers?