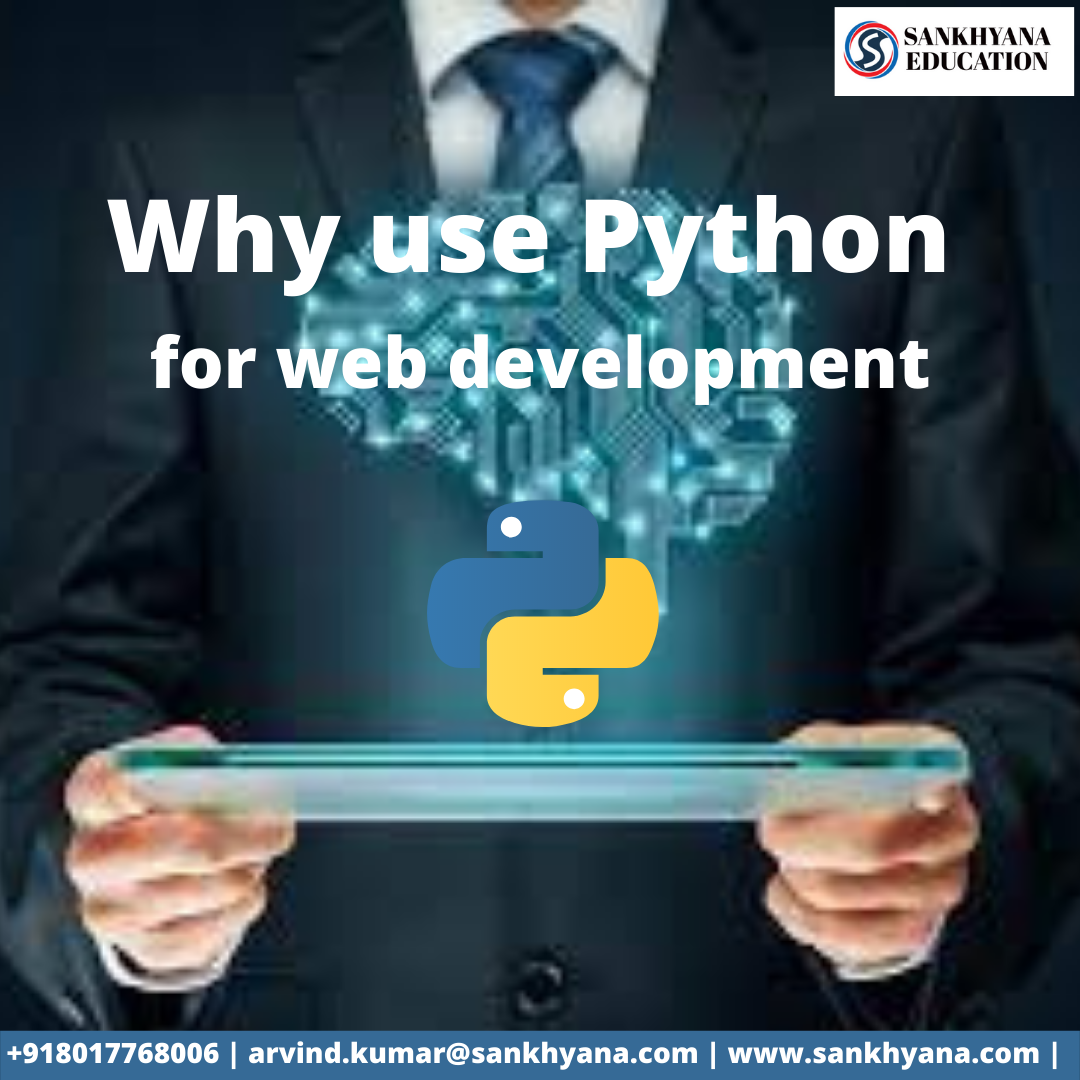 Why Use python for Web development

Web development could be a hardworking task. There are a lot of coding languages that can be worthy of building a great product. So, which one must be chosen among all of them? If there’s a language that has gained cult status on web development frameworks and in the shortest span of time, it’s Python.

Any programming language's choice depends on how robust and responsive the end application is intended to be and the volume of coding and complexities it may involve. As an Object-Oriented Programming Language focused on Rapid Action Development (RAD), Python has motivated many emerging organizations and startups to choose it as a first-choice. In fact, developers have acknowledged the many significant advantages that endorse Python for web development and how it can quickly adapt to technology changes.

Back to our star question, the reason for using Python in web development is simple: it's an adaptable, versatile, and highly efficient programming language that offers dynamic typing capabilities. Python allows developers to create scientific applications, system applications with graphics, games, command-line utilities, web applications, and many more options. In fact, Python has been considered "the most popular coding language" for the past years.

Another excellent reason for using Python is that it can be used and distributed for free. Known as an open-source product that works with a vast set of libraries, all the coding information needed is available on the Internet, which means that copying, embedding, and distributing Python in your products is unrestricted. This makes it extremely useful in the digital systems world once it conceives flexibility in the marketplace and allows companies to interact with many industry sectors. The result? A high-functioning and very successful product.

Most Viewed
9183 Who Can Take-up Clinical SAS Program?
4868 Clinical SAS Interview Questions: Top 15 Questions & Answers for Freshers & Experienced
3311 What is CDISC and What it means for SAS Programmers?